Glasto vs. Goop: the clash of the super-festivals

You wait for one zeitgeist gala event and two come along at once. For one weekend only it is the clash of the titans: this year’s Glastonbury — which returns to Worthy Farm after a fallow year — overlaps with the inaugural Goop Summit, held at the Re:Centre in Hammersmith.

Glasto kicks off today and runs until Monday, while Goop is taking London this weekend. This scheduling clash is probably all the two have in common. Glastonbury is a massive piss-up in a field with plentiful cheer and limited washing facilities; Goop is a lifestyle brand created by the superlunary Gwyneth Paltrow, a woman you quite literally could not make up. Its summit is a celebration of the late-stage capitalist phenomenon of ultra-wellness.

But both festivals inspire a potent tribalism that is, certainly, quite something to observe. They have their own unspoken rules, stereotypes and language — this is your bluffer’s guide.

Pedigree Glastonbury bores — most of the attendees — will tell you, even as you plead with them not to, that tickets for the original festival cost a single pound, and included free milk from the dairy cows at Worthy Farm. This is a diver-sionary tactic: tickets today cost £248 (plus a fiver booking fee), which makes Glastonbury, however you square it, a fairly elite experience and not quite literally the last word in bacchanalia.

Nonetheless, when you’re surrounded by thousands of spangled people hurling themselves around Block 9 at 3am on the Saturday night it can (almost) feel like it. There’ll be about 200,000 present on site for the five-day bonanza, with more than 3,000 performances across 100 stages, which — including campsites — swallows up about 1,100 acres.Incidentally, you will feel every one of those acres in your quivering thighs as you stumble from Shangri-La to Pennard’s Hill at 6am, ears ringing, wellies rubbing, the bumbag you panic-bought garrotting your ribcage. 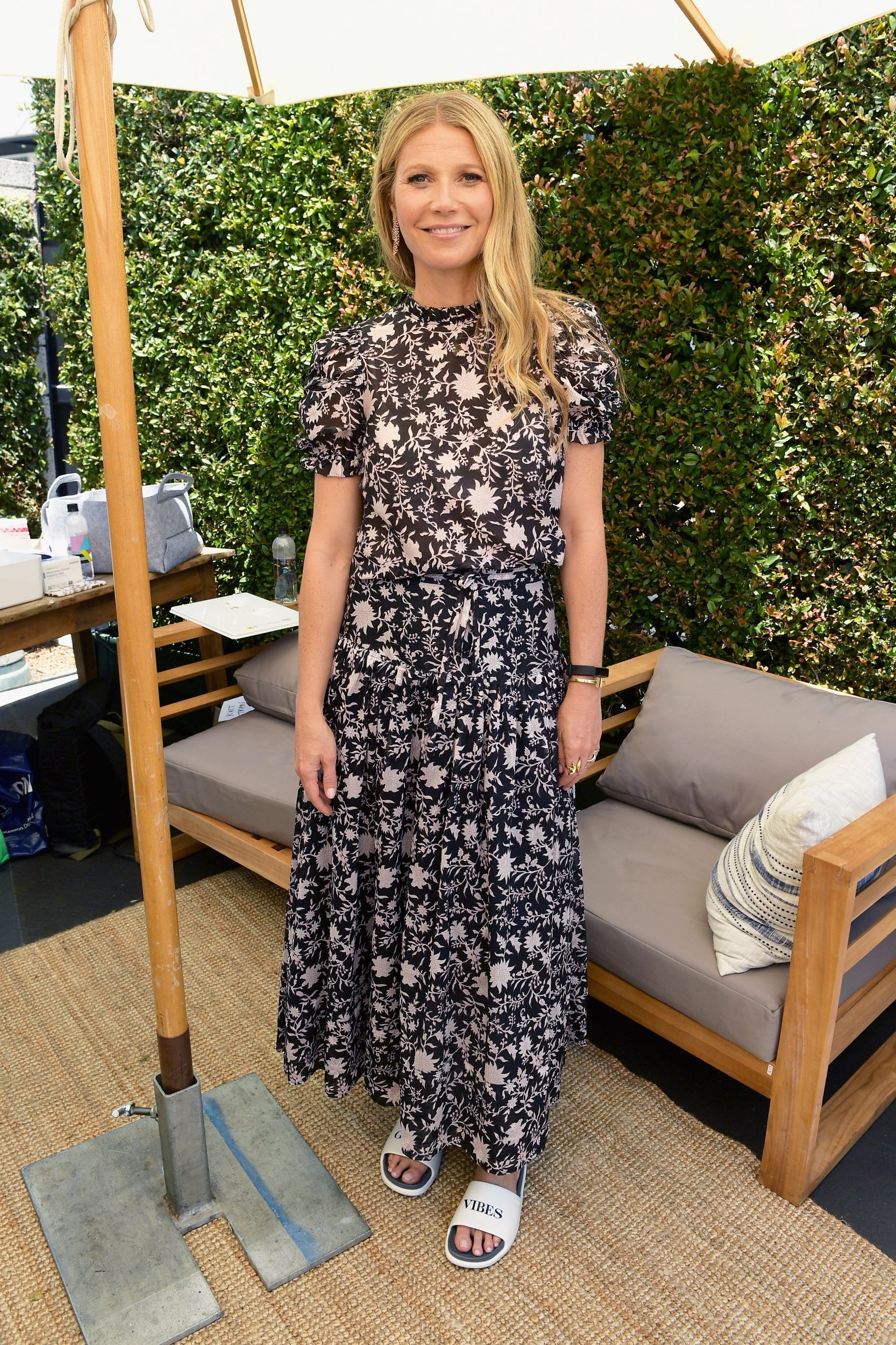 No matter: most GP acolytes would argue that an audience with Paltrow is priceless. For those who prefer their elitism more elite, there is also the “Wellness Weekender” pass, which — for £4,500 — includes all of the above plus a two-night hotel stay at the Kimpton Fitzroy in Bloomsbury, a VIP workout with Paltrow and her PT Tracy Anderson (of which more later) and some goodies (a jade vagina egg? Could it be?). In the interests of fairness, it must be said there are also £30 panel discussion tickets (sold out) for the Sunday.

Those same pedigree Glastonbury bores will point out that it’s not about the music: in fact, you buy your tickets long before the line-up is released. Fine: although it is also a music festival, so it must be, in some way, about the music. This year’s Pyramid Stage headliners include The Killers, Stormzy, Kylie and Janet Jackson — which, frankly, isn’t a vintage line-up, although like every year the best stuff will be found in the myriad fringe stages. 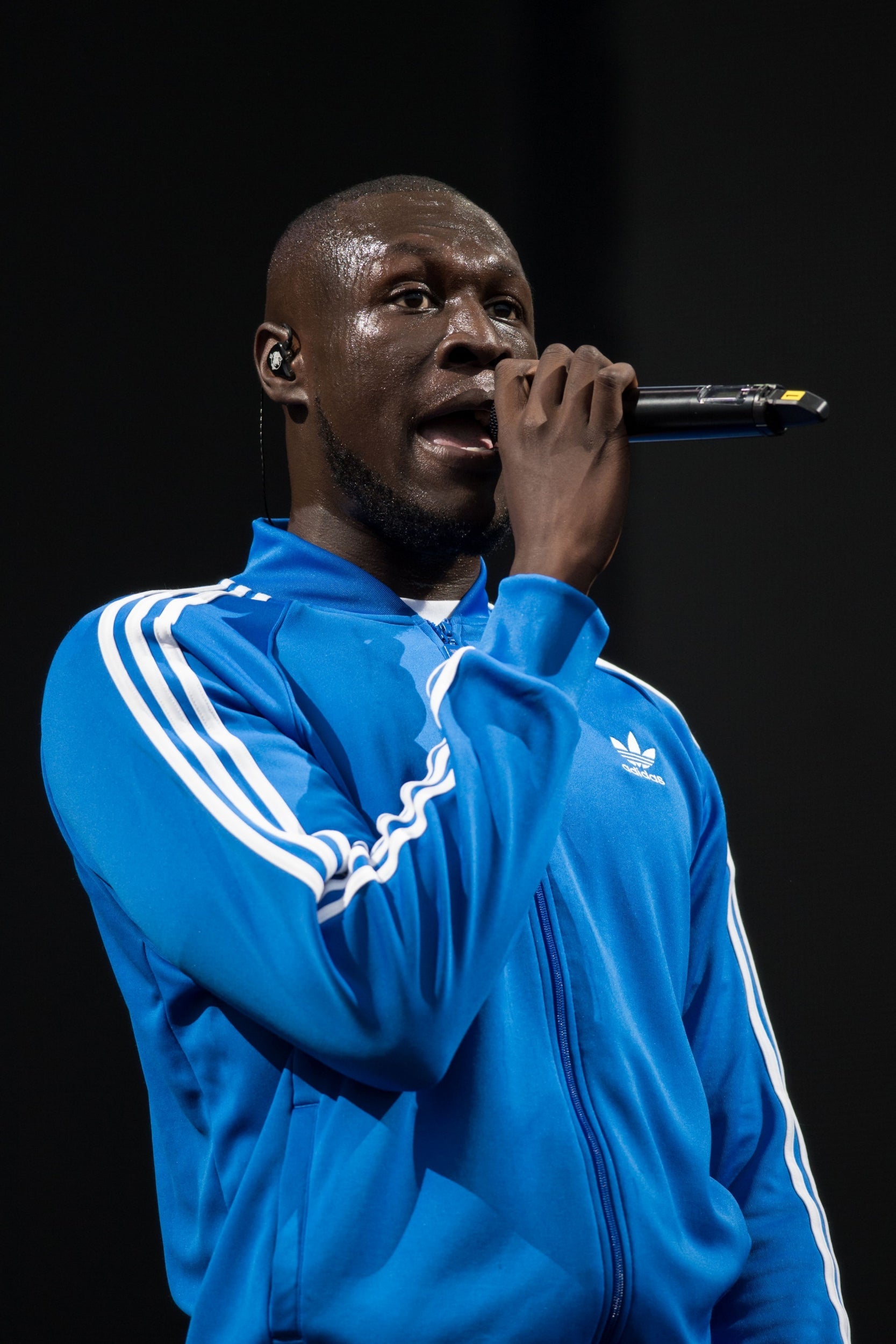 Stormzy (pictured), Kylie and Lizzo will be playing at Worthy Farm this year (AFP/Getty Images)

Queen Lizzo on West Holts on Saturday night guarantees camp disco and a flute solo; the Beats Hotel is the sort of place you’ll go for a languid pint of prosecco to get over your hangover and find yourself body-popping with wild-eyed strangers eight hours later, all misery forgotten.

Goop’s main headliner is Gwyneth herself: the ultimate ambassador for her own brand. Paltrow, who has more than six million followers on Instagram, will be in the Chat Room, hosting sessions called “The Morning Fireside”. She’ll be in conversation with figures including Twiggy (wellness credentials unclear, but aren’t everyone’s?), nutritional therapist Eve Kalinik and psycho-therapist Barry Michels. There’ll also be reiki and sound healing sessions, facial masterclasses with “skin genius” Anastasia Achilleos, and panels on “holistic healing”.

Festivals get a bad name mainly because everyone knows someone who has been forced to drive to Reading to collect a hysterical teenager who was doused by a bottle of urine about four hours after they arrived. Glasto is nothing like this. Provided you have a fairly high tolerance for moon-eyed hippies/Londoners in cycling shorts communicating via a WhatsApp group called GlastHUNbury, you will manage.

The Goop clan certainly looks very different: Lucas Hugh athleisure, New Balance trainers, a Yoga Design Lab mat under a hewn arm. Look closely and there is a sort of celestial aura around a Goop acolyte — this aura is money. A Goopster will be toting a BPA-free reusable water bottle — sustainability is probably the area where Goop and Glasto intersect the most — and have the sort of hair that swishes, even when they are stationary.

Unless The Killers really pull it out of the bag, the “I was there” moment at Glastonbury is likely to be the procession by Extinction Rebellion, Greenpeace and Water Aid on the Thursday. It will go up towards the stone circle (stepping over those who went a little hard on the first night). When asked by NME whether the march will be this year’s “Oh, Jeremy Corbyn” moment, Emily Eavis, Glasto’s organiser said: “You could compare it — but it’s bigger.” Zing. There are also a few new venues: Glastonbury-on-Sea, designed to look like a Fifties British seaside resort, with arcade games and Mr Whippy ice creams, and The Parlay Parlour tent in the Park, which will host a selection of panel discussions on women’s issues — look out for (Saint) Emily talking about women in the music biz today and Labour MP Jess Phillips on Saturday. Meanwhile, the highlight of the Goop Summit will be the workout with GP and her pocket-rocket PT (and business partner) Tracy Anderson. She is Hollywood’s favourite masochist, responsible for shearing every ounce of body fat from Madonna, Kim Kardashian, Jennifer Lopez and Victoria Beckham. 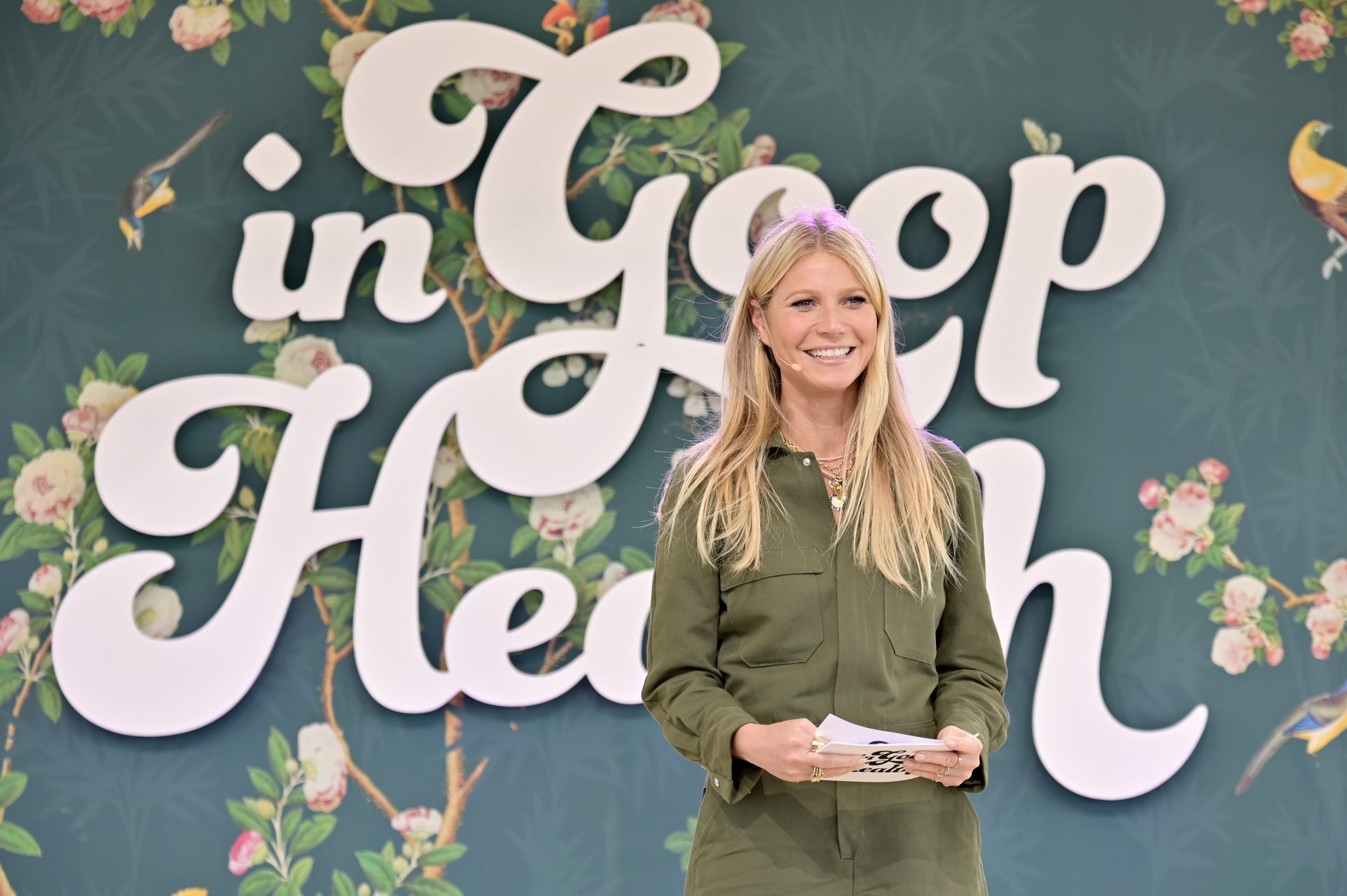 GP, a Type-A superhuman with the thighs of a woman 20 years younger, is the ultimate Tracy Anderson master-piece: a living, breathing example of what you could never be, even if you did the workout every single day. Anderson sells a fantasy — but for 40 minutes you too could live in it.

Glastonbury isn’t about the stuff, though if you have the time or inclination you could leave with a copper bracelet wrought by your own hand or someone else’s bucket hat (jackpot!). At Goop there is a pop-up shop selling beauty products and books. On Goop’s website, a 50ml pot of Exfoliating Instant Facial will cost you £112.