Healing from Within: How to Grow from Trauma

Embracing the rainbow after the storm

Healing from Within: How to Grow from Trauma

I recently read a quote, “You can take the person out of a trauma, but you can’t take the trauma out of the person.” In his seminal book, The Body Keeps the Score: Brain, Mind, And Body in the Healing of Trauma, Dr. Bessel van der Kolk suggests that “although we may all want to move past our traumas, the parts of our brains which are designed to ensure our survival are not very good at being in, or maintaining denial.”

In fact, long after a traumatic experience is over, the deep primitive parts of our brains can be reactivated at even the slightest hint of danger, causing us to feel as though the trauma is happening again. This re-triggering causes the release of powerful stress hormones (i.e. cortisol and adrenaline), which can precipitate intense emotions.

Several years ago, I was working with a military clergy who was back from a war zone. He now lives in a safe neighborhood in London.

While deployed in Afghanistan, he had witnessed terrible things, such as children being fired upon in their village while playing innocently outside. This man had a 5-year-old daughter of his own. Every time he took his daughter to the local playground, he was filled with physical and emotional terror. He literally needed to stand guard at the entrance of the playground fearing that there would be a sniper attack. Although he was no longer in a war zone, his brain was still there, sending out danger signals. One of the most important aspects of trauma work is to first understand that when the brain is activated and releasing powerful stress hormones, cognition and/or thinking straight will ultimately be overridden. In other words, it will do no good to expect a triggered person to respond rationally and think clearly. Telling my patient that he was no longer in a war did nothing to quiet his brain chemistry. We are programmed as mammals to survive. This is why our brains have this built-in danger alert system. Once ignited, it takes tremendous will and relearning to not panic when your body may inadvertently be telling you that there is danger all around. 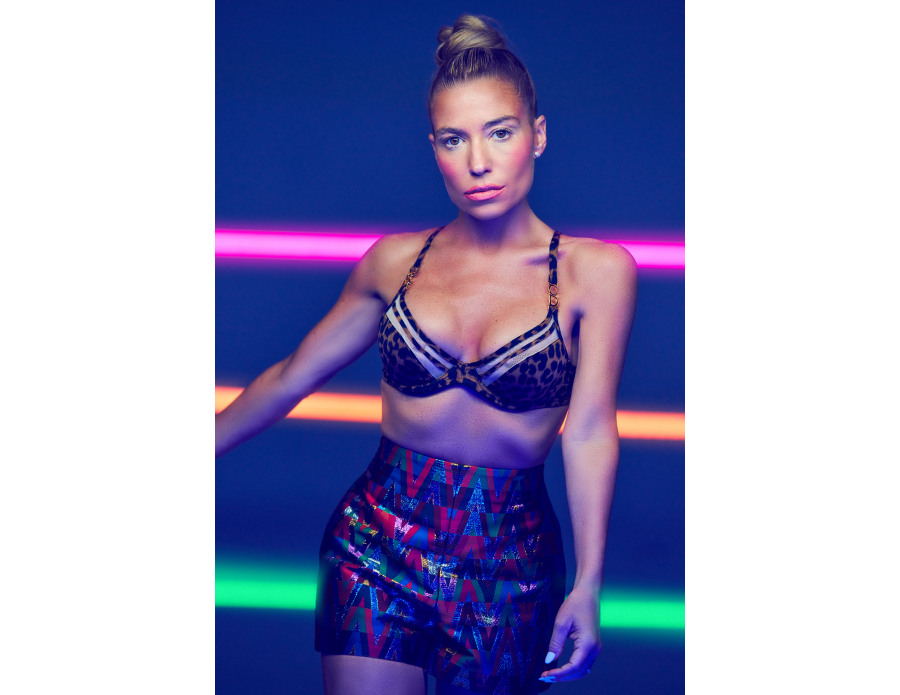 In the 1990s, I created a program at a major hospital in New York City with the purpose being to understand the biology of survival and treat European Holocaust survivors and their offspring. This was almost 50 years after World War II ended. Even half a century later, many survivors were still suffering from Post-Traumatic Stress Disorder (PTSD). These survivors had been living peacefully in the United States since the war ended. However, they were still suffering from the extreme and horrific traumas they had endured. Unfortunately, it was only in the early 1980s that the field of psychology and psychiatry really began to understand the vicissitudes of surviving trauma, both psychologically and biologically. The first goal of our program was to try and help our patients understand that what their bodies were doing was actually contributing to the constant need to be on high alert, hypervigilant, and remain distrustful in their lives. We taught them about their brain chemistry. We explained that their bodies, even after so many years, were “still keeping score.” This concept is extremely important. The more trauma survivors can understand and accept the dysregulation in their physical selves, the more they can mitigate the sense of shame and uncertainty as to why they still suffer sometimes for decades after their traumatic ordeal. Understanding the neurogenesis of trauma exposure is a crucial aspect in the ability to move forward after trauma.

Once a person can begin to accept that their body may be signaling danger when there is no danger, they can work on processing and integrating the trauma into one’s life narrative. With the Holocaust survivors in our program, we could only do the real therapeutic work (which, in itself, could be extremely triggering) once our participants were armed with the understanding that their brains were still releasing stress hormones, causing them to feel as though they were still in imminent danger. Processing and working through the memories of traumatization is a challenge for both the survivor and the clinician. But knowing that there is a biology to surviving trauma is a useful tool in the arsenal of recovery.

Trauma can lead to deep voids in our souls and create profound distrust in our human experience. This can lead to feelings of hopelessness and despair. In his book, At the Mind’s Limits, Jean Avery, a Holocaust survivor, writes, “At the first blow, trust in the world breaks down.” In fact, Ronnie Janoff-Bulman describes the psychology of victimization in her “Just World Theory” in her book, Shattered Assumptions: Towards a New Psychology of Trauma. This theory proposes that we are all born with the illusion and assumption that if we are just good enough in our lives, the bad things happen to others. I often describe this theory to my patients as the belief that we all have a protective glass shield between ourselves and the world around us. Once we are traumatized, this glass shatters, leaving us feeling extremely vulnerable and exposed. The goal then is for the survivor to not let the trauma they’ve experienced dominate their well-being. They must learn to cope with this new reality and learn to move forward in their life using every tool available.

“Knowing that there is a biology to surviving trauma is a useful tool in the arsenal of recovery.”

While it may seem daunting that trauma can cause long-term changes in our brain chemistry, all is not hopeless. More often, we’re seeing that the field of trauma-work has developed methods and practices aimed at helping survivors develop ways of reinvention and achieve post-traumatic growth.
Let me go back to the client who was the clergy veteran standing guard at the playground. When we first started working together, he was terribly sad and depressed. His marriage was suffering due to his continued fear responses, hypervigilance, and the constriction this was causing in his life. In order to fix things, we first worked on teaching him how his brain chemistry contributed to his continued feelings of being on constant high alert.

He was extremely relieved to learn about this neurogenesis and to understand that his ongoing reaction to the traumas of war he experienced were not only not abnormal, but also explainable. Since words often fall short when it comes to describing unspeakable trauma, we next worked on helping him find the words to recount what his war experience encompassed. Although he was clergy and did not carry a weapon, he was often in extreme danger. This included him giving last rites during and immediately after a battle and the terrible human carnage he saw. We had to deal with the deep soul pain this man of the cloth experienced. Oftentimes, the therapist has to become a container for the trauma survivor’s horrors. We have to bear witness and provide compassion and hope. With this person, we also used techniques which have been developed to help with traumatic memories and flashbacks. These included Eye Movement Desensitization and Reprocessing (EMDR), relaxation techniques, and the Somatic Experiencing International work. I am happy to report that after several months in therapy, my patient began to be able to overcome his deep fear of re-experiencing his trauma, integrate the knowledge he gained about his stress hormones, and use relaxation techniques when he was triggered. He now can take his daughter to the playground and push her in the swings instead of standing guard at the playground entrance.

“There is always the possibility of building psychological and spiritual bridges over the traumatic past and getting to places where life can move forward with renewed hope and meaning.”

We are extremely resilient and adaptive as humans. If I’ve learned anything from working with trauma survivors over my entire career, it is that human beings have great capacities for adapting to terrible and unimaginable situations and then are able to re-adapt when the traumatic conditions have ended. I have also come to believe in the amazing resiliency of the human spirit. Recovery from trauma is often a long and winding road. It is extremely important that survivors feel emboldened to come forward and ask for help. It is equally important that the field of trauma work continues to refine methodologies (i.e. using psychedelic substances to treat PTSD), which are best suited to help survivors integrate their traumatic experiences into the tapestries of their lives in ways that are least destructive and empowering.

Viktor Frankl writes in his memoir, Man’s Search for Meaning, of surviving the holocaust, “Everything can be taken from a man but one thing, the last of the human freedoms—to choose one’s attitude in any given set of circumstances, to choose one’s own way.” Frankl believed that “we can find hope in even the darkest places and that our motivation for life comes from finding meaning.”

Although we can’t take the history of trauma out of a person’s life, there is always the possibility of building psychological and spiritual bridges over the traumatic past and getting to places where life can move forward with renewed hope and meaning. 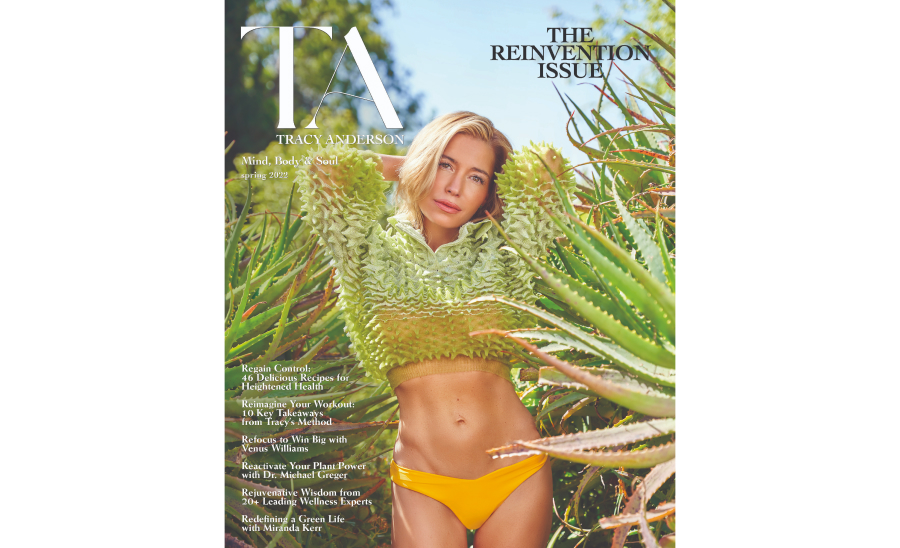